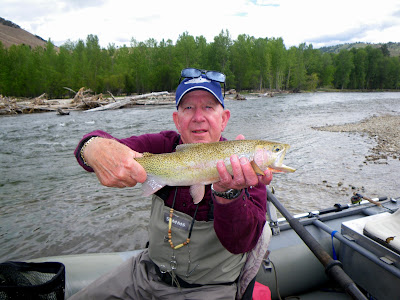 Father and son on the Bitterroot in June

These photos are from June 1 but it is appropriate to post them on Father’s Day. Jeff Rogers and his Dad fishing with Jack on the upper Bitterroot. 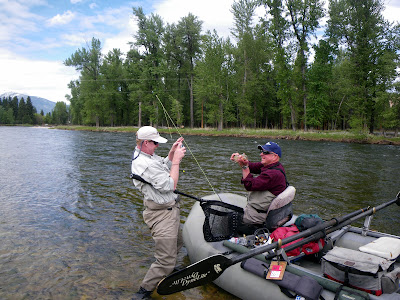 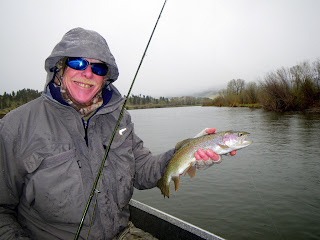 Fishing the Missouri River in late April with Jeff and Reed

Jeff and Reed had a fishing agenda in late April and it included fishing the Missouri River with Jack. It was pretty darn cold that day but they were up to the challenge. Fish were caught but the camera was mostly kept in the bag. Rowing was the priority to help keep the boat headed downriver in the wind.

All in all, it was a very good day. 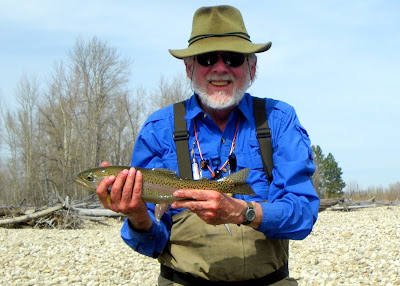 Doc Bolton on the Bitterroot in April

Doc is up again spending some time in his cabin on the river. He loves winding down, reading, exploring and of course fishing. And, he always get fish. Here he is with a nice trout on a day he fished with Jack. 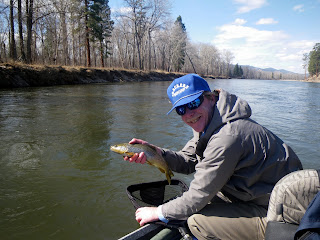 Jack and Jeff always do this stretch of the river in late March as an annual trip. This starts their fishing season off and helps them get caught up after a long winter. It was a nice day overall, except for someone doing some kind of control burn on the bank…but the company and the fishing were both good. 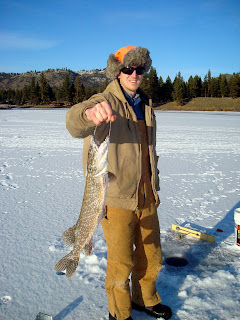 Ice fishing in western Montana – pike was the big catch

Pictures say it all. Thanks for forwarding these photos to us Mike! 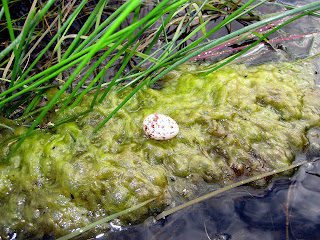 Geoff on the Big Hole River in mid-August 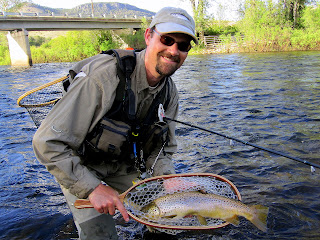 Geoff Fitzgerald fished the Big Hole in mid-August for a few days. He had a great trip and one reason was this year there was a lot of water. He ended up fishing mainly in the faster water. Geoff takes lots of pictures when out fishing. He photos are of anything unusual and occasionally of trout.

Here are his descriptions of the photos:

“The brown in the pic was right below Jerry Creek Bridge and it was hooked on the first cast using a yellow marabou muddler.

The speckled egg on the algae mat was incredible, yet a little tragic; absolutely untouched and unbroken – must’ve rolled out of a nest near the bank (meadowlark nest perhaps) or on gravel bar (in that case possibly spotted sandpiper or killdeer).”

Anyone have any firm ideas of the species of bird egg?

Geoff, thanks for sharing. We love getting other “points of view.”