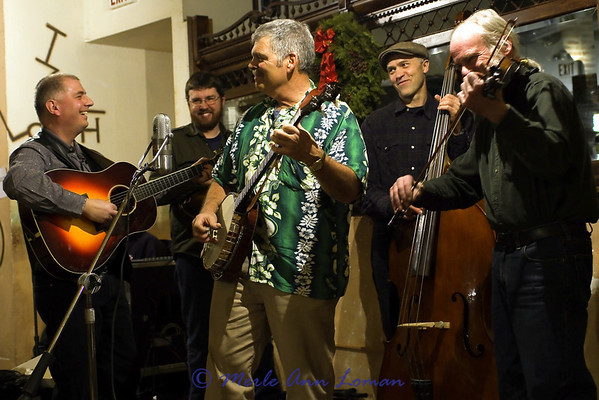 Happy new year to all our friends, old, new and not yet met

Pinegrass played new years eve for First Night Missoula at Break Espresso from 5 pm to 6 pm. The turn out was fantastic. Lots of people pulled chairs towards the band, stood along the walls and in the aisles and enjoyed coffees, teas, and pastries. Pinegrass has never sounded better. Happy new year everyone.

Pinegrass has been playing weekly since 1988. The over-all sound of the band is a result of the individual influences and passions of each player. The common denominator for all Pinegrass members is to play each number with feeling – they strive to play good tunes, the way they’re “supposed” to be played. You will hear traditional Bluegrass played “true” to the original (mostly), and a bit of Swing, Dylan and whatever else strikes the fancy of the band-mates at the moment. Members are John Joyner, fiddle and vocals; Bill Neaves, guitar and vocals, Chad Fadely Mandolin; Jack Mauer, banjo, dobro and vocals; and Ted Lowe, bass and vocals. Tidbit: “Pinegrass” (scientific name: Calamagrostis Rubescens) is a native grass.

Pinegrass, a bluegrass concert in Kalispell, MT Nov 14 at 7:30 pm

Performance is at the KM Theater. See below for ticket information.

$15 tickets are available at 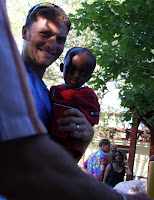 4th of July Party at the Rattlesnake Gardens 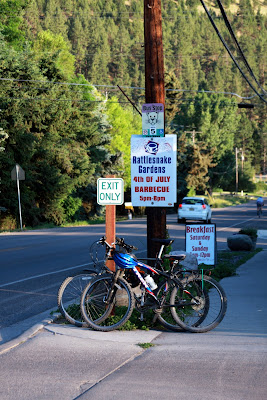 If you haven’t been, you need to go to the 4th of July BBQ put on by the Rattlesnake Gardens – (406) 543-9962
2501 Rattlesnake Dr, Missoula, MT 59802 Get directions Cross Streets: Near the intersection of Rattlesnake Dr and Powell St.
Located near the Historic Lower Rattlesnake District
Jack’s band, Pinegrass, played the music there this year. I had never been and had no idea this was their 10th annual party! I can see why they have been so popular. The family picnic atmosphere was amplified with the great food, beverages, and ice cream. There was plenty of seating in the shade and some in the sun. Music was both the feature and the background. 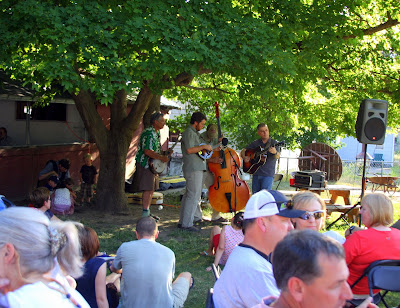 So many people of all ages seemed to grin, visit, eat, dance and be merry from 5:00 to 8:00 pm. When it was over, the crowd left by bike, foot, and car and with in minutes, the place was quiet and clean. Amazing!

If you want to see for yourself, see the slideshow below. There are lots of photos so you might want to open it in a new window and buzz through it. Or, you can come for yourself next year!

Jack will be doing a benefit float on the Clark Fork River this Tuesday and Thursday for the Clark Fork Coalition 320 Float. They will be doing 320 miles in 20 days! Whew. He has decided to use the Rattlesnake Gardens for his lunches. That will be tasty! Lucky floaters. 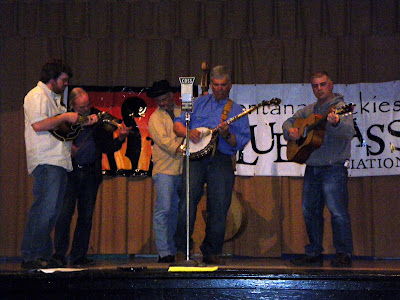 The Montana Rockies Bluegrass Association is a nonprofit organization dedicated to preserving and performing bluegrass music.

The association, which was formed in 1999, offers a slate of events throughout the year to promote bluegrass music. This includes sponsoring performances by local and nationally recognized bluegrass bands, campouts of bluegrass pickers and fans, and workshops where enthusiasts can develop their music skills.

The 2009 spring festival, which is in its 10th year, gives bluegrass fans an opportunity to hear outstanding performances across spectrum of bluegrass music. Started by a few “bluegrassers” from the Missoula and Bitterroot Valley, the association now has over 250 members.