2017 Snowpack is 112% in the Bitterroot – summer fishing bodes well 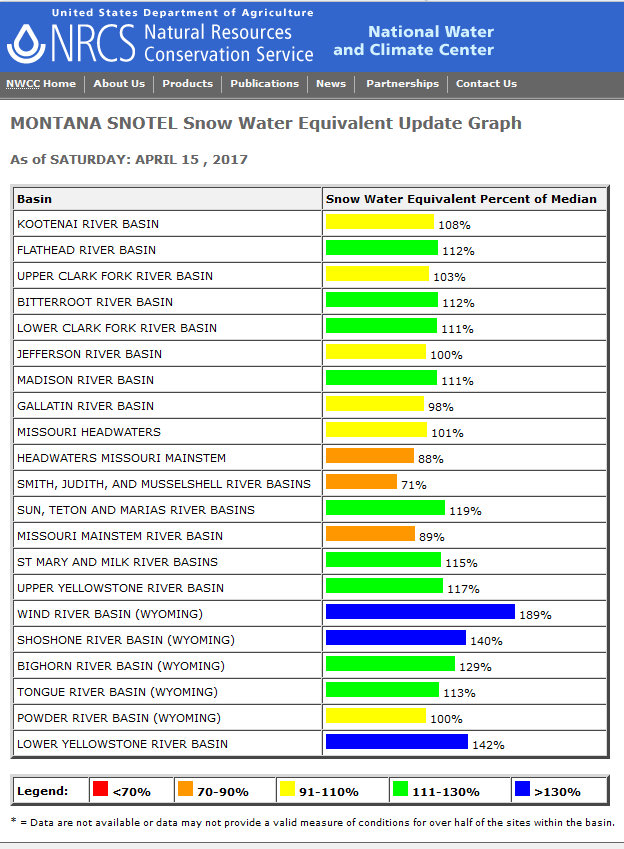